I chose to become a “full-time” parent, and make motherhood my new career. Very quickly the cracks began to appear. I was no longer satisfied being just a mother. I began to wonder whether I could be a mother and still be “me.” Or whether there was something endemic to motherhood – irrespective of whether one also has another career – that causes one to lose one’s sense of self. Is there an “I” in motherhood?

Part I: Motherhood as my epiphanous I

I didn’t have a penchant for babies, especially of the human kind. Neither did I have much experience of, or success with them. On the one occasion that I found myself unwittingly taking care of an infant, I, the twenty-something, had to commission her toddler sister to help with the diapering. Puppies were different. I had ‘raised’ at least one – and successfully at that. So much so, that my friends had divined and predicted that my devotions to my dog were but a preview of my latent maternal instinct.

Yet, when I finally married and began to contemplate ‘my family unit’ I did not even consider the possibility of a child of the canine variety. Instead, sometime in my early thirties a dybbuk entered and took over my personality. Like tectonic shifts that can be deceptively slow and quiet to reveal the true extent of their force, my feelings erupted when I spotted a pregnant woman as I rode my bicycle down the High Street in Oxford on my way to the Bodleian library. I suppose I had never really seen a pregnant woman before. I wondered how a person so obviously in process, bearing the marks of something under construction, could be so striking in her perfect completeness as she waddled down the road. Her proportions were so obviously marred, so terribly skewed – at least by the more standard definitions – and yet she appeared in perfect aesthetic proportion. But it was not her beauty that astounded me. Rather it was the sheer unexpectedness and ferocity of the gut wrenching sense of jealousy and incompleteness that her spectacle aroused in me.

But was this what I wanted? Or had the cacophony of my biological clock deafened me to ‘my plans’ and instead reduced me to a frenzied stereotype? As I considered my choices, I realised that there would never be a ‘perfect’ time – a time where, as it were, the traffic would clear for long enough to let me, a novice driver, make a safe left-hand turn. I had to take my chances. Curiously I didn’t even think of it in those terms. Rather I thought that maybe, just maybe, I would be able to manage all worlds. I squeezed in a quick burst of anthropological fieldwork before attempting to become pregnant.

My first brush with motherhood was brief, beautiful, and unbelievably painful. Although its brevity left me confused and bereft, it did not inspire enough humility in me.   In retrospect, I ought to have learned that I would be unable to plan, prepare and present another peregrination. But I did not. Instead, when I next saw the blue line on the slim white stick I was filled with wild optimism about my prowess to achieve anything I set out to. Yet, the next nine months that followed were a proverbial roller coaster ride of emotions, moments of utter desperation about everything, followed by moments of exhilaration, intense solitude, and perfect complicity and communion with my unborn child. I am still struck by the depth of satisfaction and completeness that this exquisitely liminal state engendered. Yet it was precisely the supposedly finite liminality of this state that left me unprepared for what lay in store. Despite all the book titles that promised otherwise, I did not know what to expect. Perhaps I could not know what to expect: unlike the course of the more routine and humdrum bits of our existence, this culmination, finale, – especially if successful – is merely a beginning, the start of a new rite de passage. I, however, had seen my pregnancy as the apotheosis. And unlike other scenarios where a job well done merits a pause in one’s routine, the end of my pregnancy did not offer a moment of respite to marvel at the accomplishment, or even to choose my next course of action.

My lot was not so different from that of my soon to be born child – who had no choice in the fact of its birth, its manner, or even its moment. While my mother attempted to convince me of the ‘naturalness’ of the event of childbirth as well as of the process of mothering by telling me that I would know –instinctively- what to do, I had my doubts. I wondered whether I would be able to nurture him and do right by him especially since childhood lore had it that I had abandoned an infant. Apparently at the age of five, I had cajoled an unwitting mother to trust me to take her infant for a stroll and then, lured away by a more fascinating distraction, left the child unattended by the roadside. This happened in a dusty little town in Bihar, called Ramgarh – the eponymous father of all small towns where big bad things happen. I also wondered whether my highly finicky olfactory sense would allow me to care for the baby and whether the baby would love me back; more tellingly, I was concerned about whether I would succeed as a parent.

I surprised myself by falling deeply and irrationally in love with my – our- baby. This was not just an infatuation: it presented a possibility and responsibility that resonated with, came from, and fulfilled the very depths of my being. It was a sense of being owned, of owning, of mutual need, respect, caring, and most importantly of belonging. In retrospect, I realise that part of the reason why I had spent years researching religious nationalist groups in Israel and India was because I had been fascinated by their quest for an absolute, overarching, complete identity. Born as I was as a halfie or more accurately as a quarter-ie, I suppose I had always hankered after and been fascinated by identities that were neither hyphenated nor ambiguous. I had wanted something that would proclaim and identify me in completely definitive terms.

Curiously, motherhood – at least at that point in time – provided just the label. (Later I would wonder how I could have been blind-sided into thinking that motherhood was a clear-cut, neat and completely unambiguous category: can one ever be just a mother?) And like a pair of jeans that fit, I wanted to wear this label all the time. Motherhood became my obsession: I had to look after my child, I could not leave him unattended or uncared for. I could not trust anyone, save close family members, to look after my son, and I could not bear to be away from him. The fact that I was nursing my child and lived in a ‘foreign’ country away from my family only heightened my sense of indispensability to the production of this new life.

Whilst being consumed by my new obsession, I continued to harbour thoughts of my old career, even though it had never had quite the same hold over me. In the flush of my early optimism I supposed I could juggle all worlds: I would have time for ‘myself’ where I would pursue my job as an academic, and I would have time for my son where I would pursue being a mother. I had come to this conclusion because I had managed to finish a piece of outstanding work in the first three months of son’s life, albeit with the help of my parents who oversaw the day-to-day running of my house. It is rather difficult to not feel invincible as you work productively with a child asleep against your chest and as your parents prepare dinner. However, after a couple of weeks my parents decided that we needed to ‘rough it out’ in order to grow as a family and left. At the same time, my child became more demanding, more alert, more ravenous to devour his new world. So I began to battle against the limited hours of a day. I started waking at 3 a.m. in order to get in a day’s work before my son awoke. I wanted to be ready to face the day – as a mother undivided. I did not want to think of the readings not done, the lines not written while I was ‘playing/raising/ caring for’ (what is it that mother’s do?) my son. It took me several weeks to realise that I did not have the physical stamina or mental energy to cope with the strain and stress of sleeplessness. More importantly, some elusive quality about being a mother (or was it about me?) made me unwilling to compromise: I did not possess the resources or the willpower to sacrifice the quality of either ‘career’, or to dam the gushing torrents of my new love. So, I decided to weigh in my options. Unsurprisingly, my ‘old’ career – plagued as it was with doubt and frustration – did not stand a chance against this brand new, but very promising possibility. More importantly, I was unable to summon up the needed resources to continue with my old career because I realised that I wanted motherhood – or at least that phase of motherhood – to be my new career. And I wanted it full time, not part time. I wanted to be a mother for myself. Motherhood was my epiphanous I. 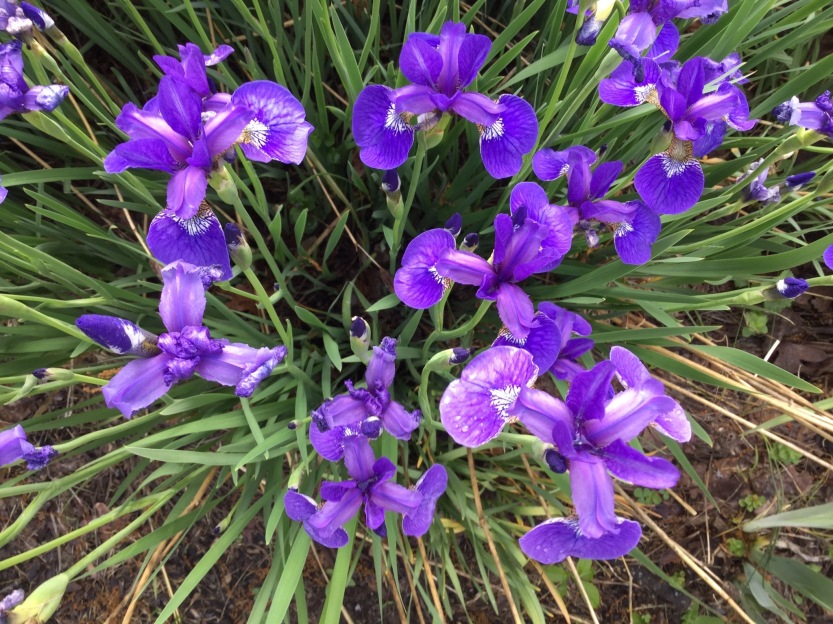 I still remember the feeling of empowerment, of utter freedom that this decision engendered: I felt like I had finally managed to carve out a defined goal and purpose to my life. I felt at peace. I felt utterly and completely happy because my child and I were finally free to do just as he and I pleased without any ‘outside’ demands and intrusions. Of course there were chinks in what I now describe as the armor of choice.

Surely, I was wasting my talents and selling myself short. How could I not see – as even Ruby Tuesday did – that in relinquishing my dreams of a career, I would lose my mind?

All text and photographs © Lisa Radhika Kaul and humble puddle.com, 2016. Unauthorized use and/or duplication of this material without express and written permission from this site’s author and/or owner is strictly prohibited. Excerpts and links may be used, provided that full and clear credit is given to Lisa Radhika Kaul and humble puddle.com with appropriate and specific direction to the original content.

All text and photographs © Lisa Radhika Kaul and humble puddle.com, 2016. Unauthorized use and/or duplication of this material without express and written permission from this site’s author and/or owner is strictly prohibited. Excerpts and links may be used, provided that full and clear credit is given to Lisa Radhika Kaul and humblepuddle.com with appropriate and specific direction to the original content.
Loading Comments...
%d bloggers like this: