As the 31st day of the twelfth month of the year 2015 rolled around, I nursed a cold in the warm embrace of my couch, and managed, perhaps kind courtesy of the dripping sinus and the half-closed eye, to be blindsided by the need to create a List of New Year’s Resolutions.

I had thought about making The List for well over three decades, but had somehow never gotten around to actually doing it. Although I’m no list neophyte, or maniac, my problem with The List is of a different scale. I have never been able to find the appropriate weight of paper, or a color of ink that would express my thoughts and aspirations. Neither have I been able to decide on the perfect setting and time to make The List. Should it be written on the 31st or the 1st? Is it shubh (auspicious) to have a whiff of an old year in the new one? And then there was always the matter of the contents of The List. Did I really want to saturate a piece of paper with an occasional adjective, and an abundance of verbs in the imperative?

There is clearly something about The List that has always made me want to showcase my already finely tuned art of procrastination. Why then, did I even entertain the idea of making it? I think it has something to do with the quality of time in the month of December. I am always startled when December rolls around. It’s like turning the corner at my grocery store and bumping into a polar bear, who has been steadily keeping step with me in a parallel aisle. Or it’s like finally finding myself beached, after a walloping in the spin cycle of a wave that’s touching shore before it sprints back to the ocean. Breathless, once I am able to reconcile myself to the implausible, but not impossible, time acquires a magical quality. December is like a chrysalis – I know what lies ahead, yet time feels imbued with anticipation and anxiety. Perpetually suspended in a liminal hour, I watch the stores, corpulent with their merchandise, in a similar tizzy. By contrast, the media works to distill the chaos around me. They sort, they collate, they award, they accord, they exhort, they predict. They make lists. The fluff from all this sifting and sorting seeps into my pores, and propels me to partake of the conscience collective. 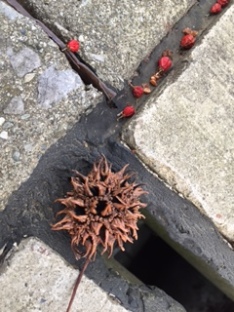 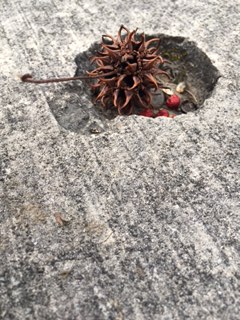 I think The List is the story we tell ourselves about how we are going to create order. It gives us a semblance of control when time, money, sleep, girth, and goodwill are irrevocably slipping out of our grasp.

Yet, I have been unable to take that final step, to drink from the collective cup. Last year, I broke the hex, and typed up The List I was going to put into effect on the first day of the New Year. Unfortunately, I decided to give my list a quick read over. The more I read, the closer my index finger came to hover over the delete tab, until it could no longer fight the force of gravity, and crashed down, obliterating all the words that were my resolutions. A somnolent cursor blinked back from its gluttonous feast. It had wiped the plate clean. And I sat back, satisfied.

How could I erase a lifetime of thinking and wanting so callously? How could I stomp on the fruits of this protracted labor? And how could I be so content in the face of such loss? I realized that my previous inability to write The List had nothing to do with my powers as a professional procrastinator. Rather, it stemmed from a deeper and inchoate unease with the nature of the The List, and the rhetoric surrounding it. In fact, I think my procrastination may have been a subaltern act of resistance against a cultural expectation and experience. What is my beef with the The List?

To begin with, there is a certain imbalance: It is a list. Of resolutions. That are temporally bound to a “new” year. Lists are vertical, synchronic, tidy. Resolutions are horizontal, diachronic, untidy. And time flies like an arrow.

As I understand, The List is part diagnosis, part prescription. Surely, I ought to love it? It is the template that spells out my problems and tells me how to fix them. It’s a plumber from heaven. It takes care of my left-brain and my right-brain! But this is precisely where the trouble starts: there are no celestial plumbers.

Creating a list of largely unrealistic goals (“Don’t lose your temper!” Really?) might make me feel virtuous for a moment, but just as looking at a page full of the best ab. exercises in Shape magazine doesn’t really do much for my rectus abdominis, neither does writing a set of largely ridiculous expectations prod me in the direction of accomplishing any of them. Writing a list of intentions may make me feel proactive, in control, but it never cures an underlying systemic issue. At best, The List works as part band-aid, and part opiate.

As I see it, resolutions are things that the U.N. comes up with after much acrimonious talk. Like stale chappatis, resolutions reek of failure, chronicity, and inflexibility. Unsurprisingly, my list parroted the very thoughts that have been ricocheting around in my head all those years, and that I had been trying unfailingly to achieve (or is it resolve?) year after year. Many of my resolutions echo those that others make: weight loss, more exercise, healthful eating, and a less stressful lifestyle. I suppose I could spend my year strategizing on how to meet these goals. However, I know that each shift of the scale in the wrong direction, or each morsel of “incorrect” food, will weigh heavy on my conscience and induce a state of anxiety. So much for trying to achieve a less stressful lifestyle! That these “resolutions” will recur year after year would just be mute testimony to my failure in achieving any of them. In fact, if anything, The List would merely drive home all my previous failings. It wouldn’t instill a sense of hope or excitement at the peaks I am going to scale. Rather, it would mark in red an obstacle course that I am to traverse. It would highlight a set of yardsticks, that I would, in the coming month, fail to measure up against. I would walk this tight-rope until the beauty of Fall would temporarily divert my mind and then, when the leaf piles begin to overwhelm, and the holiday catalogues start to flood the mail-box, I would brace myself to face the end of the year.

Who, you may ask, wouldn’t balk at viewing the corpse of a list drowned in such pessimism? It isn’t my pessimism that is triggering my resistance. It is an acknowledgement of the fact that having a set of somewhat unrealistic targets overwhelms me. I am one of those people for whom The List is like a sword of Damocles, constantly threatening to snap under the load of its wants, needs, and prescriptions.

Also, despite the positive decisiveness that cloaks The List, I cannot turn a blind eye to the criticism and the judgment that precedes and informs the making of it. Making a list necessitates “taking stock” of myself, and my life. I am not averse to being self-aware. Neither do I shy away from being responsible for my actions. However, the thought of a self-appraisal done with an eye towards generating a prescription that will fix, or mend all that is wrong and broken, makes my soul mutiny. I am not a machine that can be finely tuned. I am like a wave – of static – that can, without any warning or tuning, turn into music. I am like the ocean. There is a pattern to my movement, but it cannot be contained. My life seeps through places it shouldn’t. It carves inlets and coves, it shelters, it grows, it ebbs. It humbles me. 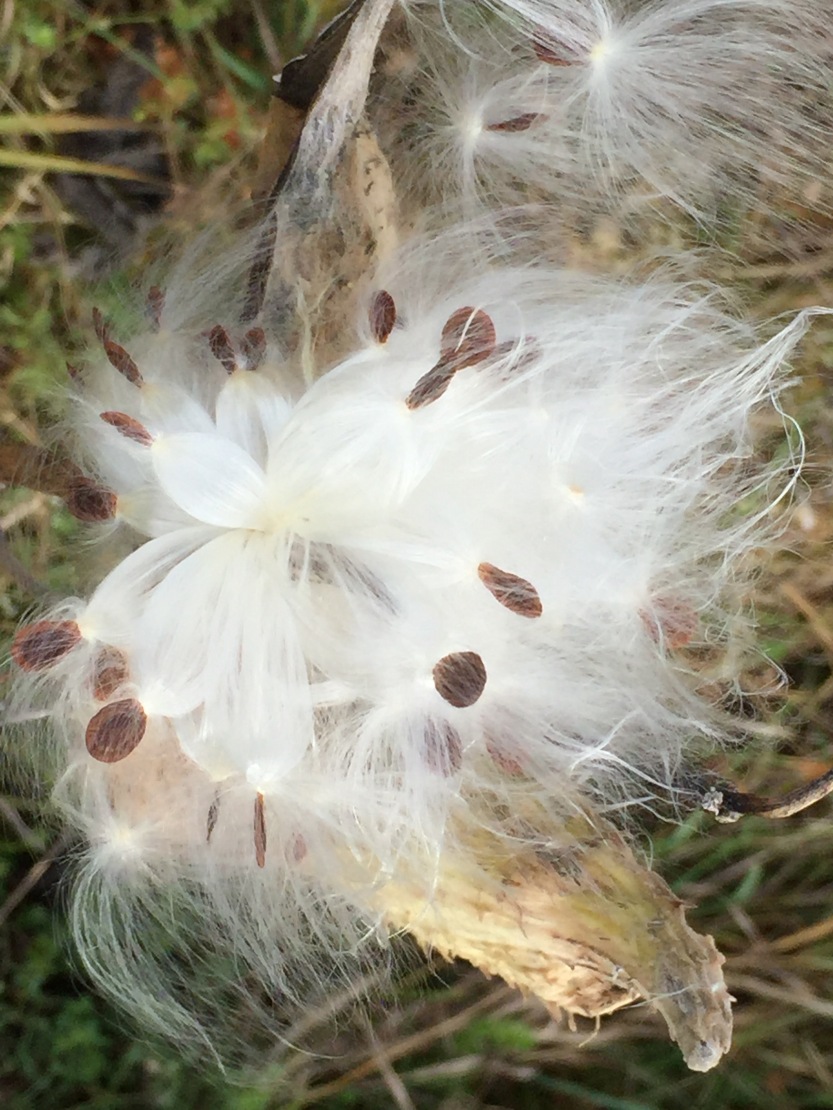 I would no more want to prescribe a road map to my life than I would want to dictate a path for the fluff of a dandelion.

In other words, I suppose it is the element of control that I am militating against. I am at that stage in my life where my body houses several diseases, and yet continues to be chariot and sanctuary. It strives valiantly, in spite of, my expectations of it. My life, which I often castigate and berate, continues to buoy me with untold grace and quiet dignity. Occasionally, it even lets me touch the sky. I realize that although my body, my life, and I have journeyed together for over four decades, it is only now that I am beginning to recognize and appreciate their presence. Until now I have been so invested in securing the path ahead that I have been unable to appreciate the view alongside. I don’t want to clear the path anymore. I want to revel in the moment, soak in the ambience. I suppose I want to accept, not control.

I don’t need a list to make my stairway to heaven. I no longer want to be confined. I can finally accept the gift of the unfettered horizon that my body and my life give me. I am still an alpha girl, choosing to dance with acceptance, rather than with achievement, as my partner.

I have a cousin who always responds to questions of his well-being with the enigmatic words, “mazaa mein,” which translates roughly as “in fun.” He never says that he is “having fun.” Just that he is “in fun.” His answer has always provoked an irritated reaction from me. “Oof! He’s evading my question once again,” I’d think. I never considered that he might have been telling the truth, or that he might have been on to something. While thinking about my List, I realized that I don’t want to strive towards, or to own, or to achieve a list of feelings, objects, wants. I hope for an equanimity that comes from being completely enveloped by something. I don’t want to “have” fun. I wish to be cocooned, consumed, and carried by fun. I want to belong to it. I want to be in it – whatever that it is, without a future goal in mind. I fully want to be immersed, to partake, to belong, to give my all to the moment without looking over my shoulder, or looking ahead to measure my progress.

I do not need a list of resolutions. Being “fully in” whatever or wherever I am, I will have reached my destination. And this destination begins and ends with the journey, not the clock.

All text and photographs © Lisa Radhika Kaul and humble puddle.com, 2016. Unauthorized use and/or duplication of this material without express and written permission from this site’s author and/or owner is strictly prohibited. Excerpts and links may be used, provided that full and clear credit is given to Lisa Radhika Kaul and humble puddle.com with appropriate and specific direction to the original content.

All text and photographs © Lisa Radhika Kaul and humble puddle.com, 2016. Unauthorized use and/or duplication of this material without express and written permission from this site’s author and/or owner is strictly prohibited. Excerpts and links may be used, provided that full and clear credit is given to Lisa Radhika Kaul and humblepuddle.com with appropriate and specific direction to the original content.
Loading Comments...
Comment
×
%d bloggers like this: